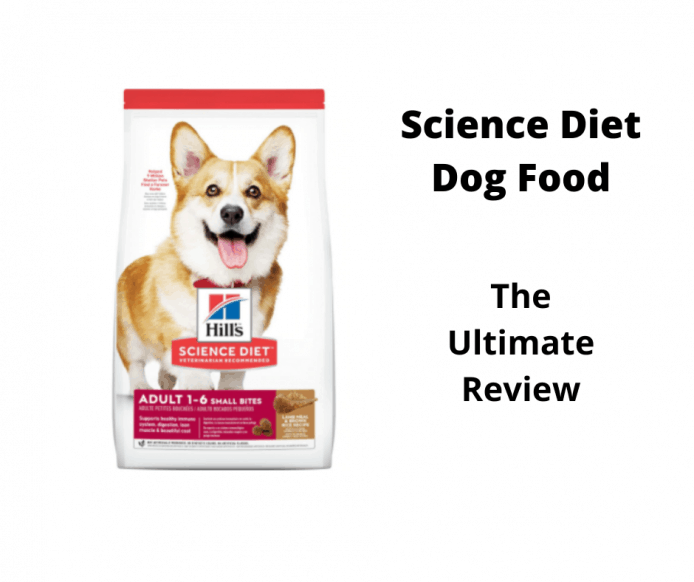 Are you looking for a non-biased science diet dog food review? Today, our experts dive deep into this brand to figure out whether or not it’s a good option for your pup. Here’s everything you need to know about Hill’s dog food. 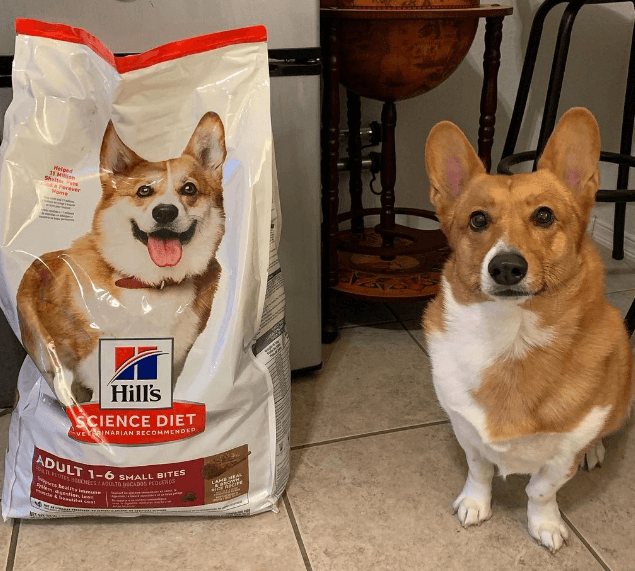 Most dogs like the flavour of Hill’s Science Food, particularly the wet and canned options. The dry kibble has a mild chicken flavour, which pups appreciate. In general, dogs seem to be excited about mealtime and enjoy having this kibble as their main food.

When it comes to digestibility, Hill’s is in good standing. Since most of their recipes are based around corn, dog’s stool comes out firm and with a mild smell. Many owners mention their dogs do great with this brand. However, picky eaters tend to not love this kibble and prefer either the wet options or other brands altogether.

Because of these minor issues, we’re giving Hill’s Science Diet 4 out of 5 in this category.

Hill’s Science Diet Australia has several recipes available, but most of them share their core ingredients. Here are the ones that make up the bulk of their dry kibble:

As you can see from this roundup, Hill’s Science Diet dog food is a cereal-heavy food and tends to be rich in corn. If your dog has previous food sensitivities, or is intolerant to certain foods, you should avoid the recipes that have corn or wheat within the first 2 ingredients, and those that have corn gluten altogether. We’d much rather see chicken and other animal protein sources within the first 3 ingredients.

Surprisingly, their active dog recipe is our least favourite one. This specific option features wholegrain corn as the first ingredient, and corn gluten meal as the fourth. This means around 50% of the food is corn, one of the grains that are harder to digest.

However, it’s important to mention certain recipes from the science diet line have significantly better composition than the rest. For example, their sensitive skin and stomach recipe doesn’t have wheat at all, and has both chicken and chicken meal within the first 3 ingredients. This recipe does have sorghum and barley, but in general the protein percentage comes from animal sources, and it has a respectable fat content to nourish your pup.

Other Hill’s Science Diet reviews don’t mention the protein sources, so we’re diving deep into the ingredient list to figure out what they offer when it comes to protein.

In general, this brand has average protein content and some recipes fare better than others. Overall, you can find only two protein sources in Hill’s Science Food: lamb or chicken. However, keep in mind these aren’t limited-ingredient or single-protein recipes. As such, all recipes have chicken by-products (including the lamb flavours) and some recipes also have pork fat.

Most recipes have animal protein in "meal" form. As we’ve mentioned before, this is the official name of rendered animal protein, ground and cooked until it’s a concentrated form. The meal’s quality depends on the source, but it’s a nice ingredient to have in dog food.

This brand also adds extra animal fat to round up the nutritional profile. A higher lipid content is a welcome sight, especially when it comes from animal sources. Dogs need fat to keep their energy up and have healthy skin.

Overall, we like the protein sources in Hill’s dog food. All recipes have moderate protein content and clock in at around 26% protein. Their senior and older dog recipes have slightly less protein than the rest. In both cases, this brand stays within AAFCO’s recommended protein quantities:

It’s important to note most of this brand’s recipes have rice, sorghum, wheat and corn high up on the ingredient list. These cereals have respectable protein content, and as such, they are partly responsible for the total protein content in the food. Some recipes even have corn gluten meal, which reads as 100% protein when analysing the composition.

Given there are some good protein sources, but the total protein count is probably bumped up by the high amount of cereals, we’re giving Hill’s 3 out of 5.

When it comes to additives, Hill’s dog food isn’t especially good. We like their vitamin and minerals, but the remaining additives are average to downright bad. Let’s start with the positives:

Instead of using a mysterious vitamin and mineral mix, this brand spells out the exact composition of their vitamins and minerals. It’s nice to see that minerals especially have been selected to improve absorption and lower the chance of issues like kidney stones. They have also added thiamine, an amino acid found in animal protein that’s essential to your dog’s health. Fibre is abundant thanks to the addition of dried beet pulp, oat fibre and some veggies like cranberries, carrots and apples.

On the other hand, some of the additives are less than desirable. First, we have several flavours towards the top of the list, including chicken liver flavour and pork liver flavour. When it comes to ingredient lists, whenever a flavour doesn’t state it’s natural, we can assume it’s artificial. Artificial flavours increases palatability but have shown to cause heightened liver activity, meaning they can be toxic over the long term [3].

Besides the artificial flavourings, there’s soybean oil and salt. While soybean oil has some good omega-6, there are better -but more expensive- oils to keep your dog’s coat healthy. Finally, while salt is used to increase flavour, added salt isn’t healthy for dogs and shouldn’t appear on any ingredient list. Too much salt can cause kidney issues and worsen cardiovascular conditions.

In general, the additives in Hill’s Science Diet aren’t especially good, so we’re taking off 3 stars.

Hill’s Science Diet Australia offers has plenty of options to choose from. They have both dry kibble and canned recipes, as well as recipes tailored to your dog’s size.

We also like that, unlike other brands at this price point, there are different options that fit our pup’s life stage. While the flavours per se are pretty limited (there’s just lamb and chicken to choose from). In general, most dogs will find an appropriate Hill’s food that fits their size and taste.

However, if your pup can’t eat chicken, or needs to follow a grain-free diet, this brand doesn’t have what you’re looking for. Because of the lack of protein and grain-free options, we’re taking off 1 star.

This is a reasonably-priced brand that fits most budgets. While it isn’t the cheapest dog food out there, many dog owners consider it a happy medium between price and quality. We like the availability of size-specific kibble, which can be difficult to find at this price point. While kibble size isn’t a big deal for medium to large dogs, if you’re trying to feed a mini or toy breed it can be difficult to make them eat larger biscuits.

However, it’s important to note this food is on the expensive side of average if you’re feeding a large pack or a very hungry dog. In those cases, make sure to look out for bundles or discounts to really get the most bang for your buck.

PRO TIP: If you’re feeding several dogs, make sure to keep an eye out for coupons or discounts 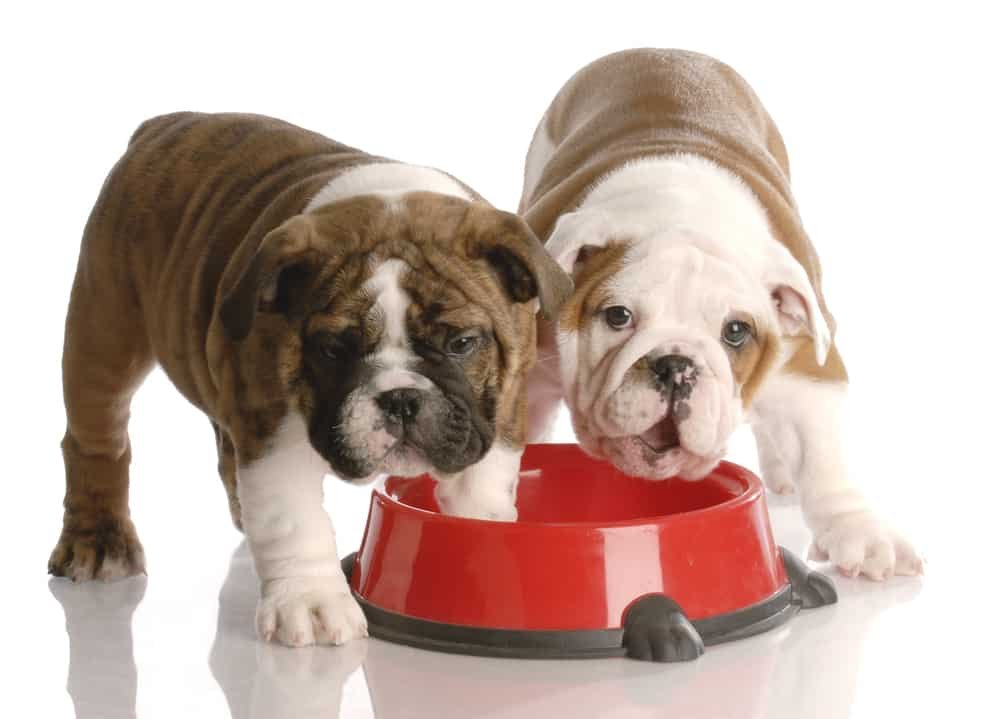 Hill’s pet food Australia offers four puppy food options, all of which are kibble. There’s one recipe for all breeds, two options for small-breed pups and one large breed option.

The ingredients in their puppy recipes are very similar to the adult ones, but they are higher in fat and protein to account for your dog’s growing body. It’s nice to see the 20% fat content and 30% protein. However, keep in mind the latter comes from both animal and vegetable sources.

PRO TIP:  "the fat content for puppies should be rationed between 10-25% on a dry matter basis." – VCA hospitals

Since the puppy recipes share so much with the adult options, the shortcomings are similar. It’s important to note that, while animal protein is the first ingredient in all recipes, it’s followed in a close second by wheat, sorghum, corn and barley. This means this food is also carb-heavy and might not fit well with your dog if they’re sensitive to gluten.

In general, Hills Science Puppy Food is a reasonable option as long as your dog can eat cereals and hasn’t shown signs of food intolerances.

Hill’s Science Diet dog food is an average option and good enough if your dog likes it. We’re not fans of the high amount of cereals -including wheat- in all recipes, but some flavours are better than others. The price is reasonable for most budgets and dogs seem to enjoy the flavour.

This is a good enough brand, and it could be added to your regular rotation without issues. Give it a try!