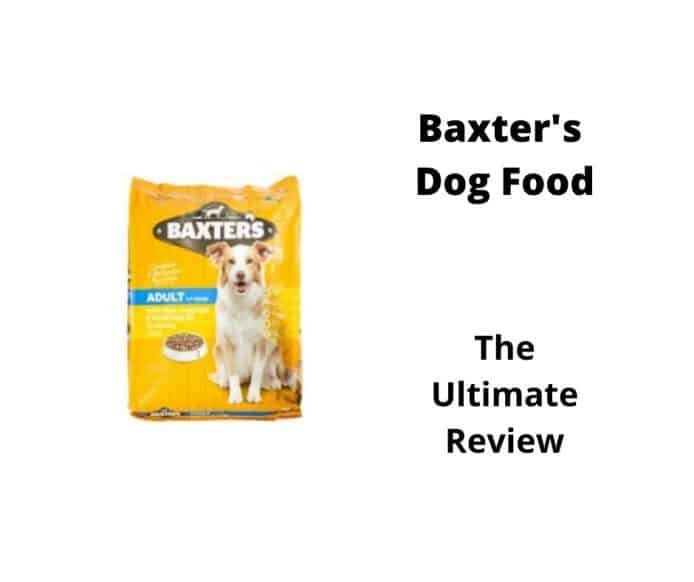 Wondering if you should try this supermarket dog food?

Woolworth’s dog food brand has been surrounded by controversy since 2017. In today’s Baxters dog food review we go over everything you should know about this brand so you can make the best choice for your pup. 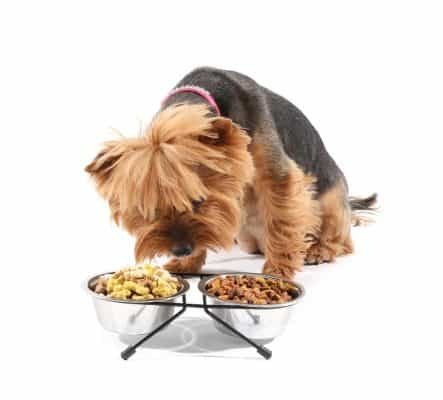 When it comes to taste, Baxters dog food is average at best. Many owners report their picky dogs don’t like eating Baxter’s dry kibble. Their canned recipes seem to be slightly more palatable, but not by much. Of course, if your dog enjoys eating in general, this brand will likely be well received.

On the other hand, digestibility-wise, Baxter’s doesn’t fare well. There have been hundreds of complaints about dogs vomiting and becoming ill after eating this brand. These symptoms would generally appear shortly after offering the food, although in some cases it happened a couple weeks into it.

PRO TIP: Many dog owners have complained about their pets feeling ill after feeding them this brand.

While some gastrointestinal discomfort is common when switching foods, the sheer amount of complaints cannot be reduced to simple coincidence. In fact, many owners report their dogs had poisoning signs from eating this brand.

The situation got so out of hand that Baxter’s issued an official statement in 2017, without conclusive results. We examined the Woolworths dog food controversy at the end of this review.

Taking this into account, we’re giving Baxter’s 2 out of 5 in this category.

Baxters dog food has a short ingredient list. Although we would usually prefer that, with this brand this isn’t the case.

The main reason behind the very short ingredient list is the use of blanket terms. These mask the fact that we don’t know what’s in this food. Let’s examine every item, in order of appearance:

The three products above comprise the bulk of this dry food. The rest of the ingredient list barely has anything else. This brand doesn’t add any vegetables or fruit beyond peas, which are probably used for their high protein content to boost the crude protein percentage.

Baxters has also added some problematic additives that we’ll cover down below. In general, we’re not fans of this composition and this high-carb food isn’t the best option to give your dog a balanced diet.

Because of that, we’re giving this brand 3 out of 5 stars.

This food is average at best when it comes to protein content. Like most dry dog foods in the market, it offers a protein percentage well above the bare minimum 18% recommended by the AAFCO.

Their dry kibble recipes feature around 22% protein in their adult version, while puppies get 28%. Although they don’t make any claims as to the source of this protein, we’re guessing at least half of it comes from meat and meat by-products, as mentioned in their ingredient list. Of course, the addition of peas as the fourth ingredient is also a good clue. This protein-rich legume is used in plenty of dog food recipes to bump up the protein content without hiking the manufacturing cost.

Finally, it’s important to mention all their recipes have multiple animal protein sources. While this is fine for most dogs, if yours is on a limited-ingredient diet or has to avoid poultry, this isn’t the brand for you.

As we already mentioned, meat and its by-products can be beneficial or harmful depending on the source, and this brand isn’t too keen on explaining where they source their meats.

The protein content isn’t the worst out there, so we’re giving this brand 3 out of 5 stars.

This is the most problematic category, and the main reason why we dislike this brand.

While the main ingredients in Baxters are mediocre at best, their additives are concerning, particularly when taking into account the numerous reports of sick and dead pups.

First, we have bentonite, a substance also found in clay. Bentonite helps dogs -and people- digest better, lower bloating, vomiting and diarrhoea. Going back to the common indigestion claims from owners, it’s suspicious at best to see this uncommon ingredient so high up on the list. According to different sources, very few pet food manufacturers use bentonite in their recipes [2].

Then we have potassium chloride, one of the tell-tale signs of the poor quality of this kibble. Potassium lowers the pH in pet food. This is an uncommon ingredient in high-quality recipes, but cheaper brands use it to balance the pH if the food is poorly formulated. While in small amounts it can be innocuous, potassium chloride is one of the 3 drugs used in lethal injections and when ingested can cause intestinal ulcers [4].

In general, this wouldn’t be concerning, but many owners complain about poor quality control in Baxters dog food. Of course, as consumers it’s easier to see when canned food has poor quality control -if, for example, cans are half-filled with water [3]- but with dry kibble this is almost impossible.

Since potassium chloride can be so harmful in large quantities, it’s an especially concerning additive considering the quality-control in other products by this manufacturer.

The remainder additives are neither good nor bad: salt, a generic "essential vitamins and minerals", beet pulp -for fibre- and whole linseed -for omega 3 and 6-. Finally, the ingredient list ends with the mention of preservatives and antioxidants. We’ve already mentioned several times the controversy surrounding pet food preservatives, especially after sulphites were found to cause dangerous thiamine deficiency and even death. This brand, like many others, doesn’t bother to clearly label their foods and keeps their chosen preservatives secret.

Because of the various claims by owners, and the presence of less-than-desirable potassium chloride, we’re giving Baxters 1 star out of 5.

This brand offers different presentations meant to fit any dog. As such, there’s traditional dry kibble, as well as several canned options for those pups that prefer wet food. They also carry treats.

Their recipes, however, change very little from one product to the next. For example, their adult and puppy dry food recipes are identical except for the protein percentage.

We’re not particularly thrilled with the flavour options, since there is no other protein source available, nor there are any grain-free recipes. They also don’t tailor recipes to your dog’s size or specific dietary needs.

Because of the limited range offered, we’re giving Baxter’s 2 out of 5 in this category.

When it comes to price, Baxter’s is pretty difficult to beat. Being a supermarket brand -made by Woolworths - and choosing cheap ingredients means they can sell every bag at one of the lowest prices in the market. However, for the budget you’d allocate to buying this kibble you could just as easily purchase fresh ingredients and make homemade dog food. It would definitely be a better option nutrition-wise.

Even though this is probably the cheapest dog food available in Australia, we don’t consider nutritional value an appropriate trade-off and we’re taking off 1 star because of it.

This is probably the brand with the worst track record among pet foods in Australia. Since 2016 there have been countless claims of sickness and even death among dogs of all ages and sizes. The worse thing about these reports is that all recipes and presentations are involved.

According to an in-depth report by PetFoodReviews.com. [2] as of 2018 there were hundreds of sick and dead dogs after eating Woolworths Baxter’s various products. The symptoms vary with every dog, but in general they correspond to poisoning.

As such, dogs affected by Baxter’s pet food show any of the following: vomiting, diarrhoea, fever, bowel distress, partial paralysis, blindness and death. In some cases, an autopsy revealed liver and pancreatic damage. Most cases happened shortly after feeding with Baxter’s dog food. Another report by ABC 7.30 stated anonymous informants mentioned animal ear tags and metal rubbish being ground up and mixed into the food [4]. This type of contamination could very well put dogs in great danger.

After months of complaints, in 2017 Woolworths acknowledged the claims and answered back. According to their statement, they had investigated the matter and there were no official complaints -even though several owners contested this fact-. On top of this, Woolworths mentioned they had conducted thorough inspections of their manufacturers, and everything was found to comply. However, comments on that social media statement showed many complaints hadn’t been dealt with.

It's a fact that the pet food industry in Australia is largely unregulated. As mentioned by the RSPCA:

Despite this, many pet food companies don’t have Baxter’s track record or large list of complaints.

Taking into account the hundreds of serious complaints from owners, the lack of response from Woolworths and mediocre quality control, we cannot recommend this food to anyone. It might be tempting to buy Baxters, especially if you need to feed several dogs at once. However, other options won’t threaten your dog’s life.

If your budget is tight, you might want to look into homemade dog food. While this involves more work and a vet consultation to get the right recipe with everything your dog needs, it’s always a better choice than Baxters.

We don’t recommend this dog food at all. If you really cannot afford to spend more than this price on dog food, look into pet dog food banks in your area. Many local food banks also offer pet food donations to individuals and families in need, and there’s a dedicated pet food bank in Victoria. Check out food banks near you here and here.

Eloisa Thomas is a dog lover & anthropologist. She enjoys writing content that will actually help people understand their dogs better.