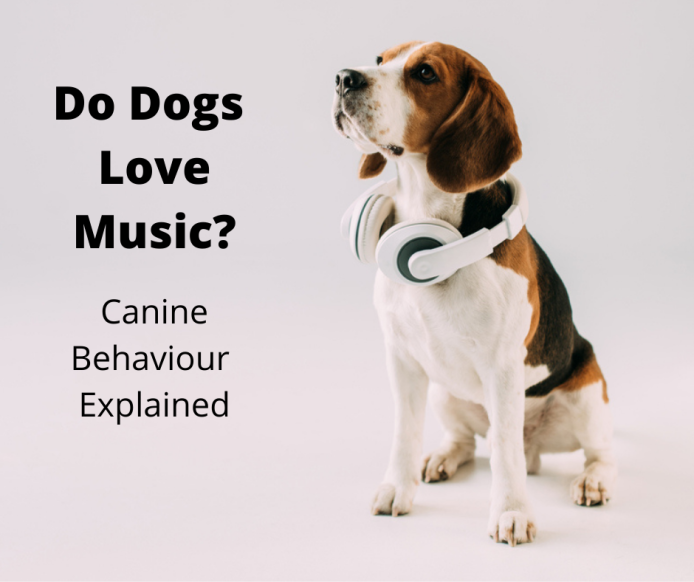 One of my favourite pastimes is watching funny dog videos online. I’m sure you can agree.

Or maybe the better question is, do dogs have a musical ear? Can they appreciate music or is it all sounds to them? Is it similar to hearing humans speak or does your maestro of a dog recognise true musicality?

All great questions! Here’s the research on this topic that may surprise you. 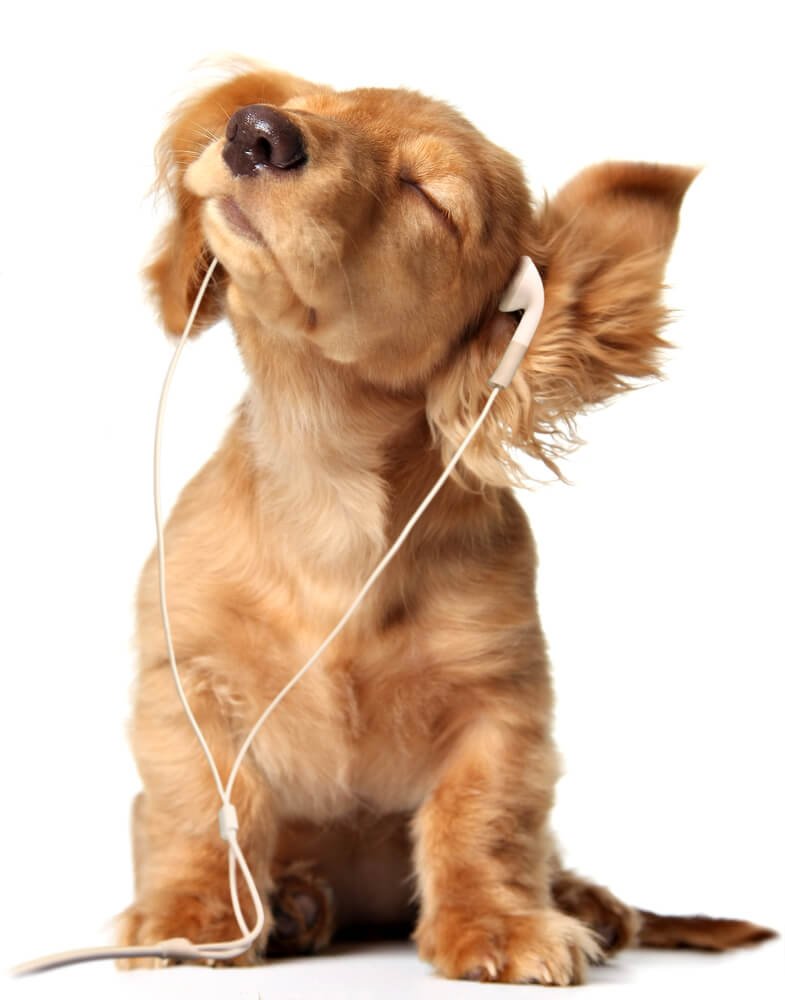 We know for sure that dogs can hear things differently from us. That’s how anti-bark collars that use sound as an aversion technique can work without offending human ears.

Our dogs’ ears are simply more sensitive than ours and perceive sounds differently.

Regardless of whether dogs enjoy music or not, we as humans have always anthropomorphised our pups enough to at least believe they could. There are Spotify playlists for dog sleep music and unique music devices.

Performance artist, Laurie Anderson, composed and performed a dog concert live in the famous Times Square of New York in 2016. 50 dogs and their owners gathered for this unusual audio experience. Notably, the sounds were out of our league.

“Through the speakers, the music was barely audible, like someone playing a CD in a sleeping bag, but the crowd were assured it had been adjusted for the enjoyment of the dogs – it was being broadcast at a low frequency. Headphones were provided for non-dogs, through which one could hear Anderson’s violin and keyboards.” - Adam Garratt for the Guardian (2)

The concert low frequency music caused barking. It’s unclear whether the barking was a good sign or not.

So it’s fair to say, that we as humans really want dogs to enjoy music. But do they in reality?

The evidence is somewhat mixed, but it’s safe to say that dogs can definitely hear music as melodies. (3)  The science suggests that some dogs may enjoy music and certain genres are more likely to please them. So what are they?

Researchers from the University of Glasgow and the Scottish SPCA published a paper in 2017 on their findings around music genres and dog behaviour. (4) They played 5 different types of music at a rehoming centre to see how the dogs would respond. The 5 genres were Motown, classical, reggae, soft rock and pop.

It’s worth noting that no matter what music was played, all of the dogs lay down more often and were less likely to pace. So this strengthens the idea that music can be calming for dogs.

Reggae was one of the winners when it came to decreased heart rates and stress levels in dogs.

To build the ultimate relaxing puppy music playlist, you may want to throw in some soft rock too. From the same study, researchers found that soft rock had a similar effect to reggae on a dog’s overall mood and stress levels. Dogs that listened to soft rock had decreased heart rates and calm demeanours.

Many playlists marketed as music to calm dogs are based on classical music. A study by researchers from the Scottish SPCA and University of Glasgow back in 2015 tested the merits of classical music as a calming agent on canine behaviour. It was a similar study to the 2017 experiment. They measured the heart rates and behaviour patterns of dogs in kennels before and after playing classical music.

They found that the dog’s stress levels were decreased dramatically when playing classical music. The dogs also spent less time barking and standing when the music was playing, suggesting that classical music has a calming effect on dogs.

"Although by the end of the week their heart rates and behaviour associated with kennel stress had returned to normal, the initial findings are very encouraging and show that classical music does have a positive impact on the dogs' welfare.” - Gilly Mendes Ferreira, Scottish SPCA's education and research manager (5)

So if you’re using classical music or any genre of soothing dog music to calm your pet, you may need to combine it with other calming techniques. Creating a safe kennel environment, investing in blankets and using dog cameras for high anxiety dogs could all be potential solutions.

Related: How To Calm An Anxious Dog.

What Music Do Dogs Hate?

So let’s start with the genres of music you should avoid if you’re searching for music to calm dogs. These are the music genres that your dog is either likely indifferent to or actively dislikes.

I can see your proverbial fists in the air, begrudging today’s music. It was always better in the good old days, right? Well, your dog may agree with you!

A study by psychologist Deborah Wells of Queens University in Belfast had some interesting insights on how pop music affects dog behaviour - or not. She tested classical music, heavy metal and classical music.

When modern pop music was playing, the behaviour of the dogs in the shelter didn’t change materially from when they were listening to normal human conversation. That’s to say that your dog just hears modern pop music as idle chatter. That’s probably quite a bad review of today’s music! There was no major shift in mood or disposition.

The same study by Deborah Wells showed that heavy metal music was particularly distressing to dogs in shelters.

You could say that heavy metal is naturally a more aggressive type of music that riles up the canine spirit. Since music with more calm tones with very few heavy drum beats, like reggae and classical music, is more appealing to dogs, it makes sense that heavy metal may not be the most pleasing to canine ears.

The research strongly suggests that dogs resonate with certain types of music. We don’t know exactly if they hear music the same way that we do, but it can affect their mood.

That said, these are just generalisations. Your dog may be indifferent to soft rock and enjoy Taylor Swift. They may chill out to Bob Marley and Metallica in equal measure. Research is research but every dog is different.

You can always check out the resources for soothing dog music to see if it helps your dog’s anxiety. But bear in mind that how your dog reacts to music is unique to them.

Olivia is a professional writer and animal lover. She loves spending time with her Podengo and Flat Coated Retriever, and writing pieces to help people to be better dog owners