Are you looking for a new puppy to add to the family?

Then you’re probably wondering about Australian dog breeds: what’s better than looking for local pups? Our team loves Aussie breeds, and there are plenty of options to choose from.

Here are our absolute favourites!

Sporty, agile and, let’s face it, beautiful to watch, Australian dog breeds stand out from the crowd. Have you ever looked at a dog and just thought: “that’s an Aussie right there!”? We know we have! There’s something distinctive about dog breeds in Australia, mainly because of how these pups were selected.

Even though dog breeding in Australia is more recent than in other parts of the world (like the UK and Europe), the first colonial settlers quickly started developing dogs adapted to our unique land [5]. That’s why many Australian dogs share these characteristics:

Should I Get an Australian Dog Breed?

This is a highly personal question, but as you can see, there are some lifestyle habits that are a must when you adopt an Australian dog.

If you want any of these breeds, it’s important to understand these are working dogs. This means they have very high activity needs and do better with an active family. On the other hand, Australian dog breeds can be difficult to train for newbies because they are smart and independent. If you’ve never trained a dog before, starting your journey with an Aussie might be too hard for you!

Of course, if you’re up for a challenge, these breeds could be a good option. They are loyal, smart and funny, so there will never be a boring moment.

Are Dingoes an Australian Dog Breed? 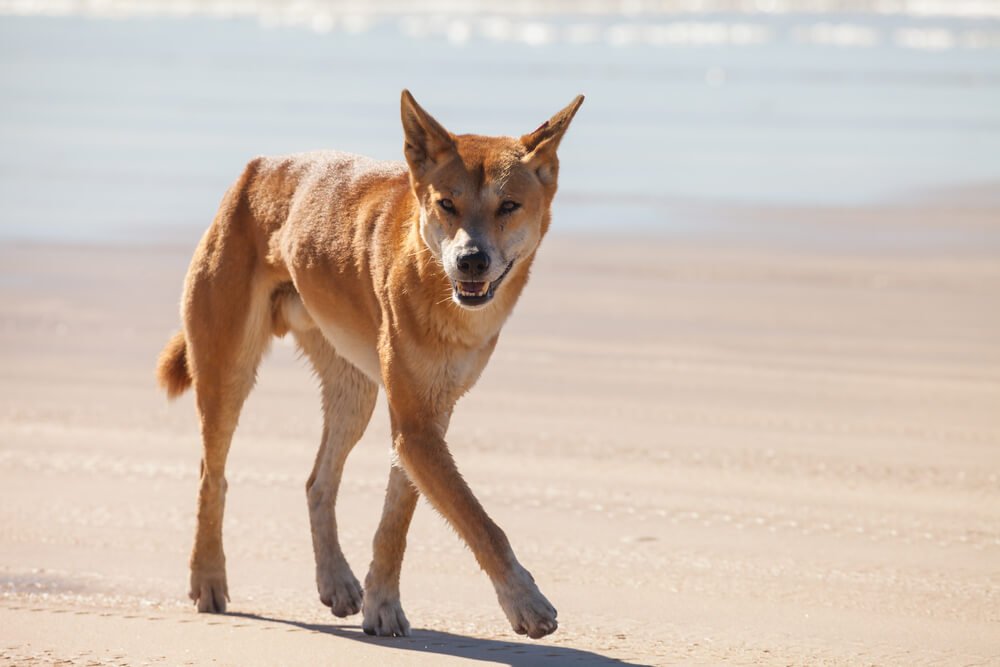 The Australian Dingo is one of the most ancient dog breeds in the world! In fact, researchers believe this breed is at least 3,000 years old. This is a naturally developed breed, meaning there was almost zero human intervention in their breeding. Because of it, they are quite healthy and don’t have a lot of genetic diseases.

But Australian dingoes aren’t pets. This is important to remember: Dingoes are wildlife and shouldn’t be kept at home! These wild dogs aren’t meant to be part of a human family: they have a very high prey drive, are territorial and can’t be easily domesticated. Depending on your department, there are laws that discourage or even completely prohibit dingo tenancy at home. In most cases, you’ll have to get a license to own a dingo and then comply with local laws regarding having a safe enclosure and enough fenced space.

Overall, we don’t recommend trying to get a dingo as a pet. They should be protected as native wildlife! 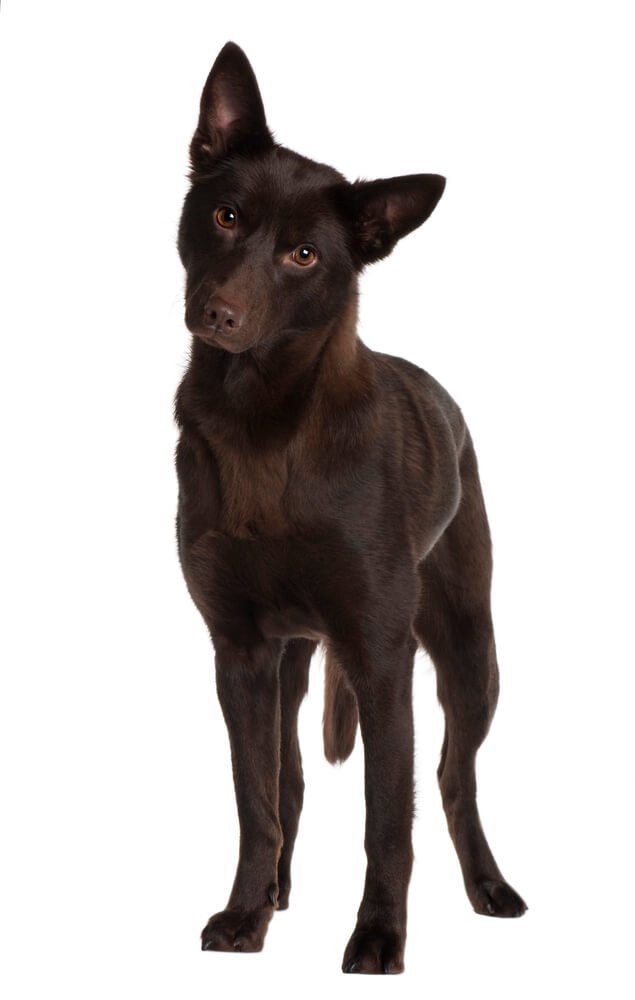 These popular pups are one of the better-known Australian working dog breeds. Originally developed to her sheep through long distances in uneven terrain, the Kelpie is very athletic and thrives working independently.

Kelpies are known for their very distinctive way of herding: they will jump on sheep’s backs to get from one side to the other! Because they aren’t very heavy, they don’t hurt the sheep and it’s a great way to keep the herd moving.

Of course, their impressive athleticism is evident in their looks: these dogs are muscular, tight and compact. If you want to adopt a kelpie, it’s important to consider their exercise needs. Kelpies need at least 1 hour of moderate exercise per day, and weekly high-intensity sessions. These dogs would rather get out and go with you on errands than stay copped up at home. If you have the time to dedicate to consistent training and already live an active lifestyle, this might be the breed for you!

Interested in adopting a Kelpie? We recommend looking into local rescue centres. Kelpies have become more popular but this also means more dogs get abandoned every year. Because they can be hard to train and need tons of exercise, many families give up altogether. Here are a few groups where you can adopt a dog waiting for their forever home: 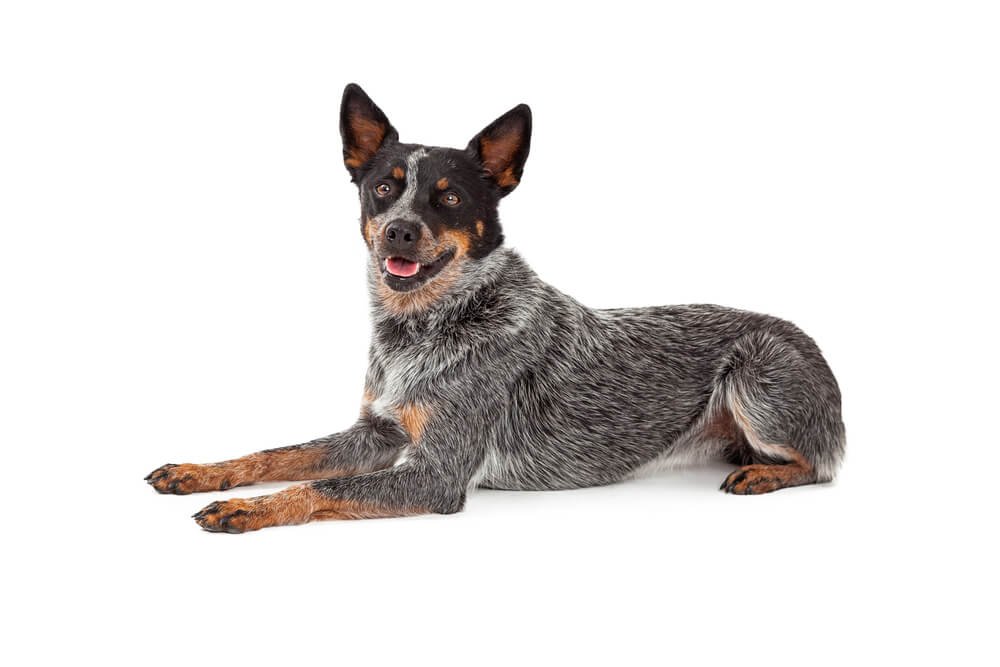 Also known as Blue Heeler or Australian Blue Heeler, these energetic pups are also quintessentially Aussie. For those looking for a companion for everyday life, this might be the right choice!

Blue Heelers are working dogs: they are incredibly smart and one of the most loyal dogs out there. They are muscular, compact and incredibly active. Because of their working past, they need at least one hour of moderate exercise per day, on top of some extra mental stimulation. If you fail to provide adequate physical and mental exercise, Cattle dogs will become destructive and sometimes aggressive.

This dog is a good option for families that already live a very active lifestyle and have experience training other dogs. Because this breed has a very strong prey drive, recall training is a must and training sessions will be a lifelong commitment. In a similar fashion to kelpies, cattle dogs have risen in popularity but they are also one of the breeds abandoned most often.

If you’re interested in a Cattle dog, we strongly recommend going the adoption route. Plus, you can always volunteer as a foster family: this way you’ll get a taste of what sharing your life with a Blue Heeler is like, without the 10-year commitment. Here are some rescues that might have your dream dog: 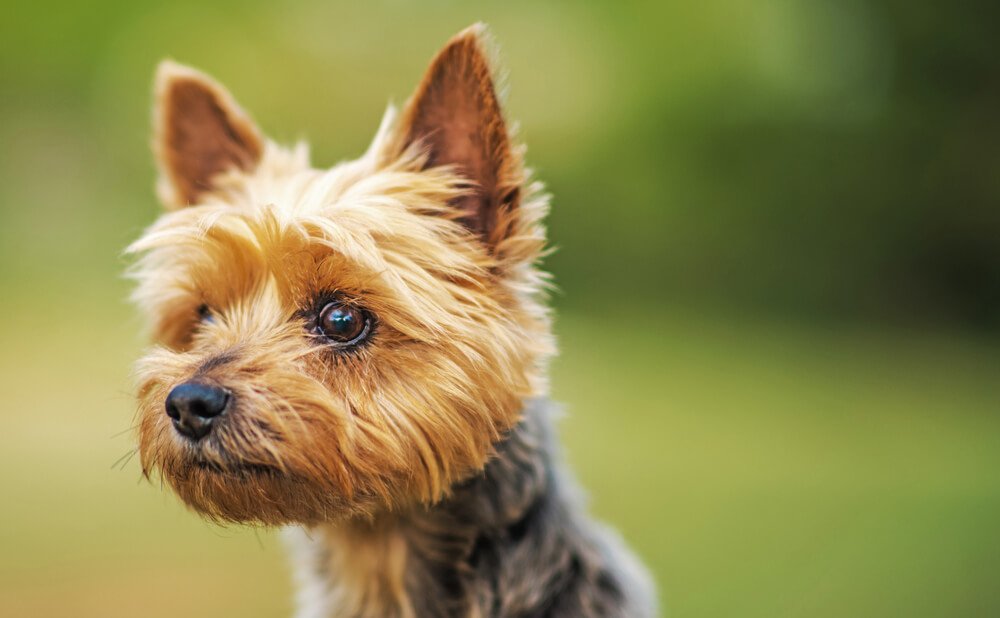 This toy Australian dog breed is closely related to the Yorkshire Terrier, and is a spunky companion for families of all sizes. Developed as a companion, this is not a regular lap dog. Due to their terrier origins, Silky terriers are very active and have a strong prey drive. This means you can’t skip training altogether!

These dogs were occasionally used for hunting, so they need their daily exercise. Luckily, their small size makes it easy to fit enough exercise with a quick sprint around the block once or twice a day. Because of their breeding, these dogs are affectionate and highly trainable. They do well with kids but won’t hesitate to nip if they’re being treated roughly. Overall, these are a great addition to any family! 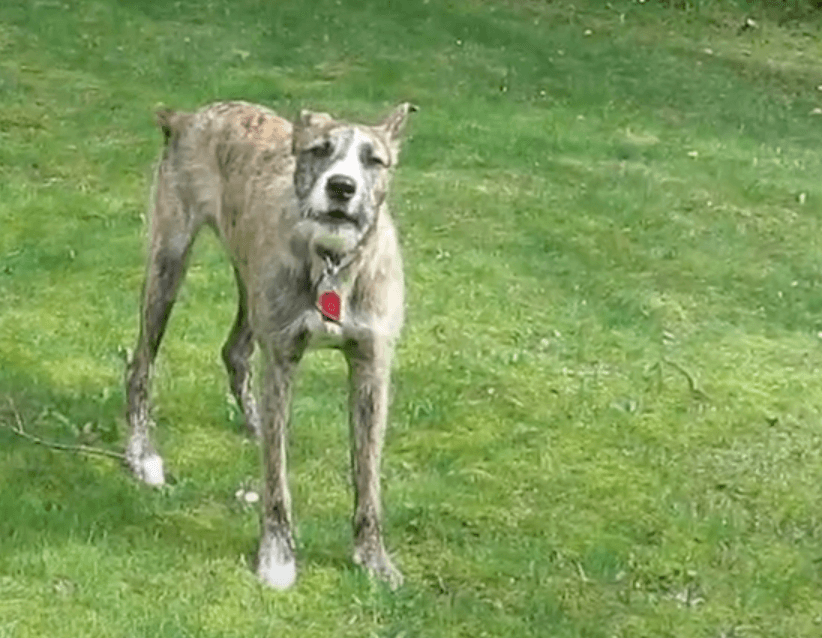 This is a rare Australian dog breed and one that isn’t officially recognised. These hunters are a fairly recent breed (in comparison with others developed in the 19th century) and don’t have a set breed profile.

In general, they have a strong prey drive and were developed to help in different types of hunting, from kangaroos to boars and rabbits. They do better with larger prey because of their size: they are usually medium sized.

Staghounds are the result of crossing Greyhounds and other local working dogs, and because of this, they are usually regarded as a Greyhound variant. These dogs are really active and will need plenty of consistent exercise to stay happy.

There are no breed-specific rescues or associations, so they are pretty rare and you’ll probably only find one mislabeled as a greyhound. If you’re curious, contact any of these rescues: 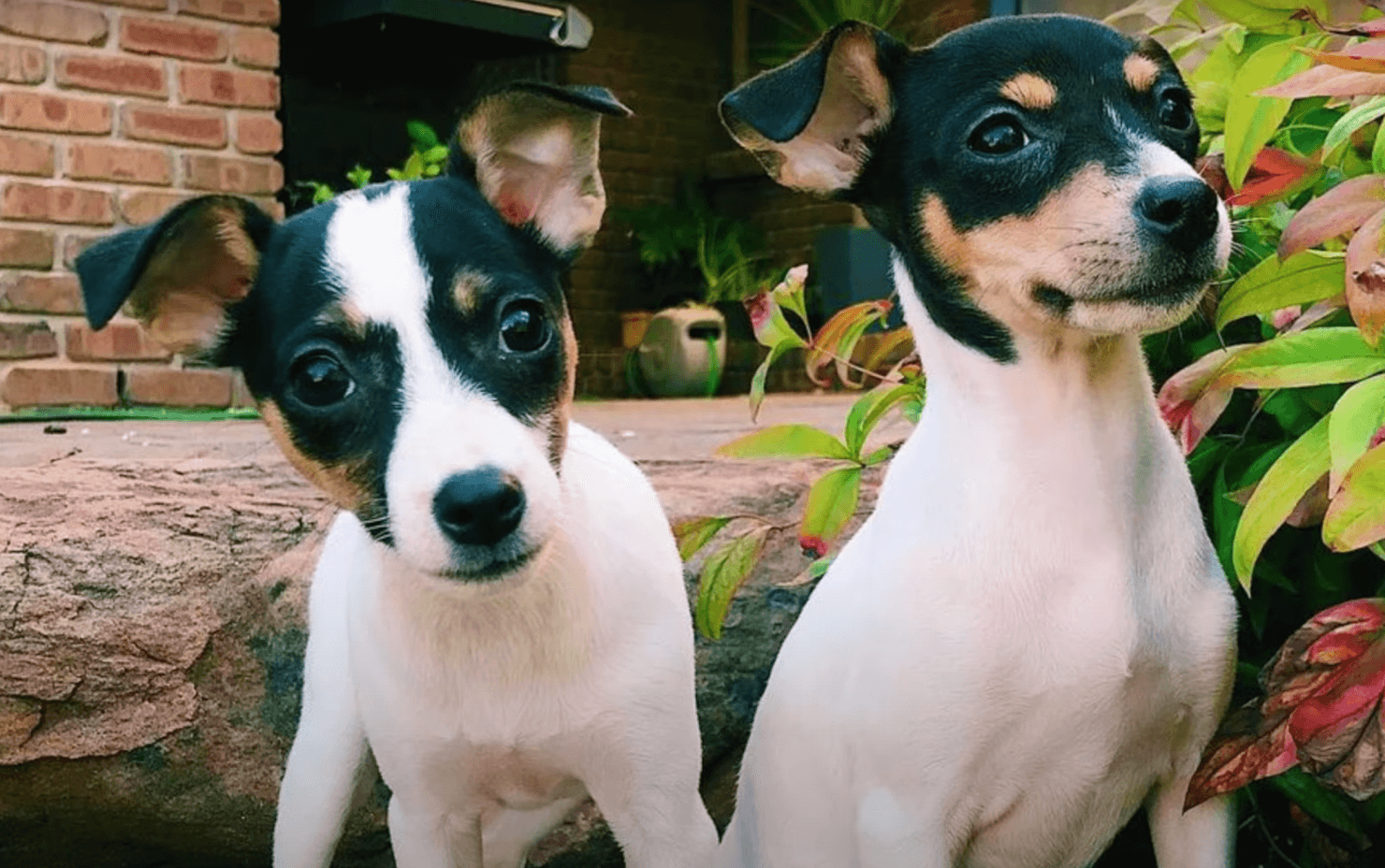 These rare Australian dogs are only recognised by the ANKC! Nevertheless, we think they are great pups for many people.

Tenterfield's are compact, highly active dogs with the bold personality of other terriers. They are small and can do great in small apartments if you provide enough training and daily exercise. These dogs loosely resemble other small terriers like the Miniature Fox Terriers and other white-and-brown pups. Here is the full breed profile if you’re interested!

Because this is a pretty rare native Australian dog breed, there aren’t any breed-specific rescues or adoption centres. Nevertheless, we recommend adopting instead of buying. Dogs are a big commitment and even when they are small, they have exercise and training needs that you’ll need to fulfil. Meeting dogs before adopting and volunteering as a foster is a great way to test the waters and see if it’s for you! Here are a few rescues you can check: 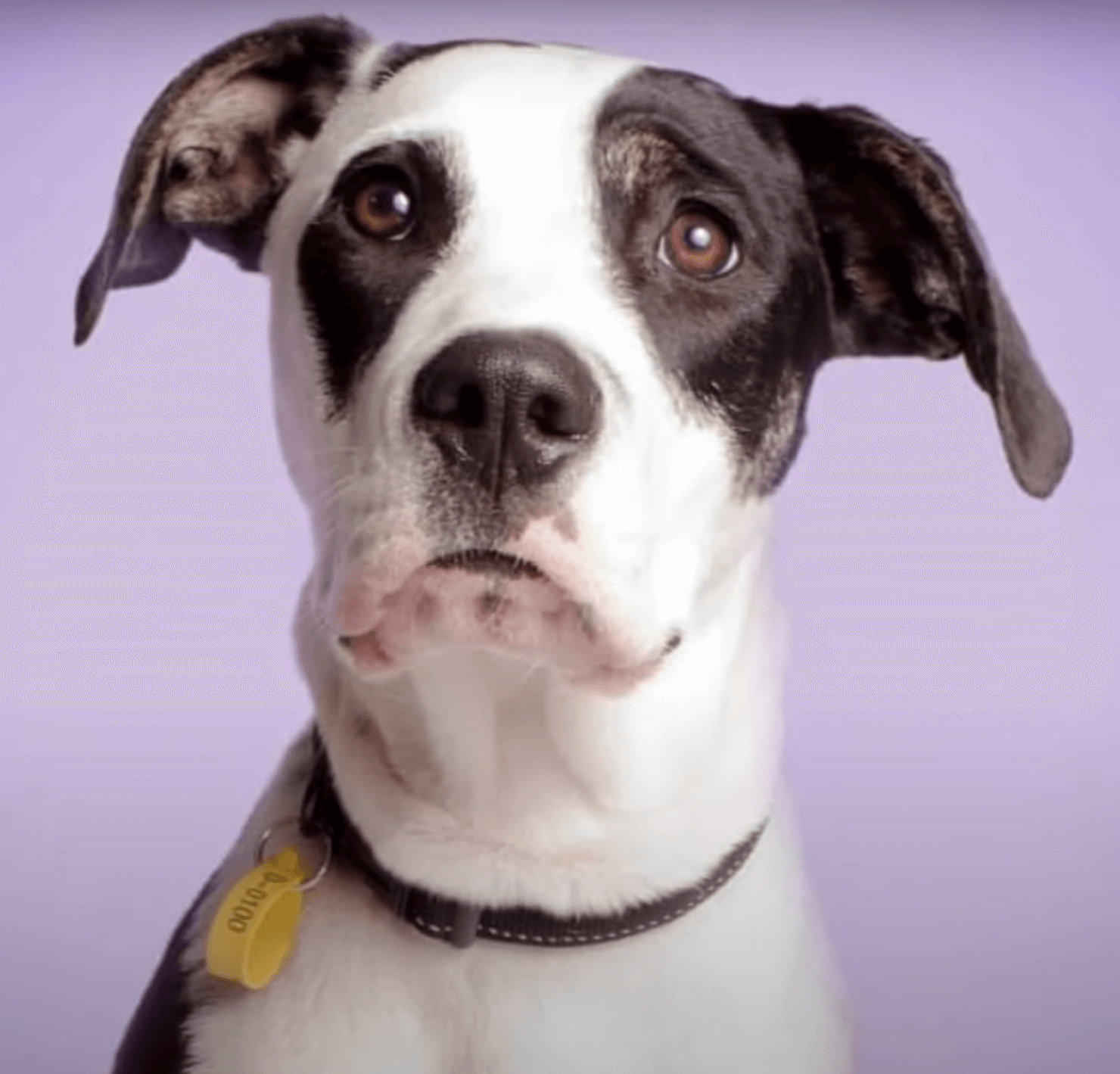 This is probably one of the rarest Australian dog breeds on the list. The Bull Arab is pretty uncommon, mainly because they were developed as a specialised Australian hunting dog breed. They were selected to hunt wild pigs and can actually smell one from up to 6 kilometres away!

Bull Arabs were developed in the 70s to track wild pigs, and have the strength necessary to help with hunting. Initially bred by mixing Bull terriers, pointers and Greyhounds, these are medium-to-large and have an athletic build.

These dogs aren’t officially recognised by any club, but some breeders want them to become a legal breed. There’s been some push back because there have been scandals about Bull Arabs being “aggressive”. These claims are unfounded: according to statistics there isn’t a higher incidence of aggression among Bull Arabs than any other breed [4], and the accidents with livestock that have happened were due to neglect on the owners (fail to train and to secure the dogs).

In general, these dogs are like any other working breed: they need consistent training, daily exercise, and plenty of mental stimulation. If you’re interested in this breed, get in touch with your local RSPCA. They’ll probably know how to get in touch with a breeder or a pup looking for a forever home.

Many breeds often associated with Australia are actually from somewhere else entirely! That’s why you won’t see them in today’s list. Here are some common breeds you might think are from Australia, but were developed elsewhere:

Australian Shepherds are in fact not Australian at all. This might be weird, considering they are registered with the country’s name! These dogs were developed in the United States in California ranches [3].

Aussie Shepherds were bred as an all-in-one working dog to handle livestock, and their name came because they initially only herded Australian sheep! Of course, this isn’t the case nowadays, and they’ve become a popular breed in Australia as well.

The quintessential Australian dog breed… or is it? Regardless of what it looks like, Border collies aren’t Australian!

Border Collies originated in the Anglo-Scottish border in the UK, hence their name! These dogs are very similar to traditional English collies and were bred as versatile working dogs to herd livestock and help on the farm.

However, their association with Australia runs deep, and collies were first introduced to these lands in 1858. Since then, they’ve become one of the most popular working dog breeds and has become pretty much a national breed. Because they are so widely used to herd livestock and help with farm life, Australia is also considered the country of development of the Border Collie [2].

Most dog breeds in Australia were developed as working dogs, so it’s no wonder they are all very active and smart. If you’re interested in one of them, you’ll probably have to invest daily time in walks, training and mental work. If you’re up for a challenge, any of these amazing breeds can make a great family dog!

Do you have a favourite Australian dog breed? Let us know in the comments below!