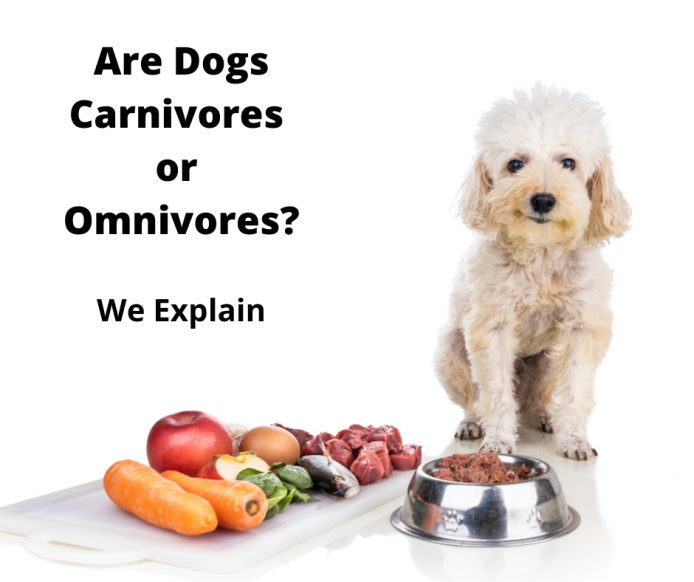 Are Dogs Carnivores or Omnivores?

As we all know, dogs are able to eat lots of things. They love meat, but they also munch on many other things with no problems: biscuits, fruits, veggies, you name it. Plus, many dog foods contain quite a few things besides meat.

So what’s the deal with that? Are dogs carnivores or omnivores? Let’s try and figure it out.

Table Of Contents
What’s a Carnivore?
Are Dogs Carnivores?
Are Dogs Omnivores?
Is a Carnivore Diet Better for Dogs?
Final Thoughts
References 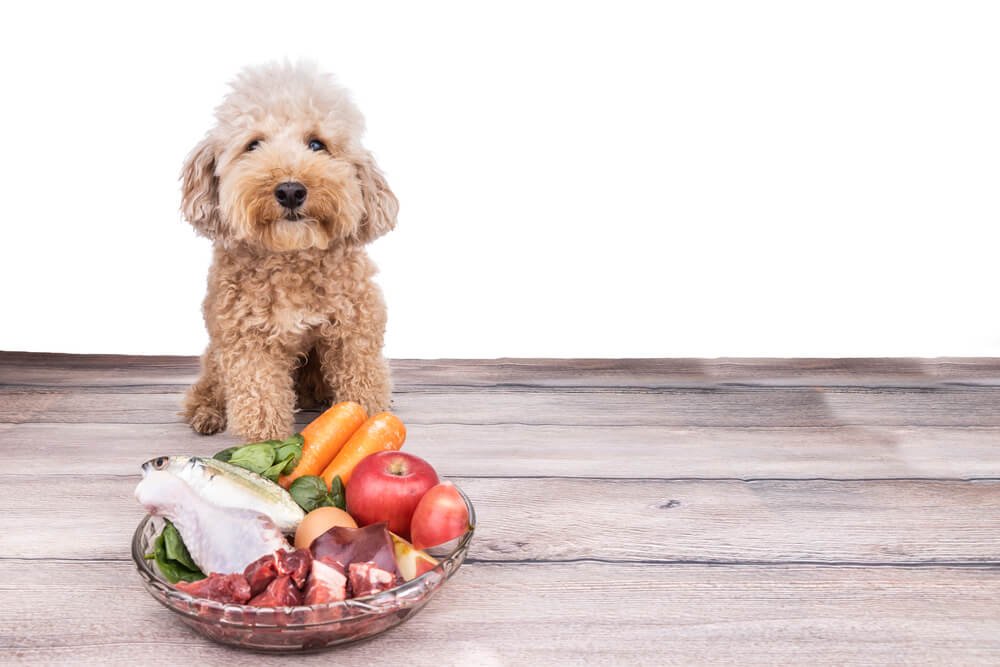 We all know that dogs come from wolves, and wolves are hunters that feed on meat, so dogs must be the same. Right? Pick up any biology reference book, and the answer to this question will be yes.

Dogs belong to the family of Canidae which belongs to the biological order of Carnivora. The family of Canidae includes all kinds of dogs, wolves, and foxes. They are considered close cousins and this is an evolutionary fact that is rarely disputed.

Putting aside the domesticated dog for a second, can we say that all members of the Canidae family that live in the wild are carnivores? Well, the line is not as clear cut as one might imagine. If you look up the info on foxes, you will see many sources stating that foxes are omnivores. That’s because they eat fruit and berries from time to time.

So, if we define a carnivore as an animal that eats meat and only meat 100% of the time, a fox is not a carnivore, but an omnivore. However, foxes still love meat, and most of their diet is meat. If you compare the diet of a fox and that of a pig (a classic omnivore), the fox will seem much more carnivorous.

In short, it depends on the definition. And this might come as a surprise, but there is no generally agreed upon definition of the word ‘carnivore’. The word could be used to refer to any member of the order Carnivora. On the other hand, it can take on the literal meaning - “meat eater”. But still, many definitions say that a carnivore is an animal that eats primarily meat (in which case the fox is a carnivore). The differences are small but being aware of them can help solve the question of dog carnivorism.

According to their evolutionary origin, dogs are carnivores. But we also can’t deny the fact that dogs often eat plant-based foods too. What we can ask, though, is whether the plant-based additions to a dog’s diet are beneficial.

One way to answer this question is by looking at the dog’s digestive organs. Is the dog’s stomach designed to digest only meat? Without getting too much into detail, we can say that the consensus is that dogs have a stomach designed for eating meat (1).

This reasoning is based on the length of the dog’s GI tract which is fairly short (typical carnivore characteristic), as well as the absence of certain digestive enzymes that herbivores and omnivores possess:

“The digestion of a plant-based diet is by nature very different than the digestion of a meat-based diet. Plants contain quite a bit of cellulose and starches. To break these materials down, the body requires unique digestive enzymes” - Dr Chris Bessent, Dogs Naturally (2)

In short, we can say, yes, dogs are carnivores. Based on their evolutionary ancestry and their physiology, dogs are meat-eaters.

But why then can we still often hear that dogs are omnivores? Well, dogs, as a species, have coevolved with humans, and this has always involved eating the leftovers of human food. For at least 15,000 years, if not more, dogs have been feeding in this way (3).

That means that dogs have adapted to eating mixed diets a long time ago. We might even call this the main difference between a wolf and a dog. So how can we say they are not omnivores?

Well, it’s hard to deny that too. In a way, dogs are omnivores. But it might be best to phrase it this way: dogs are facultative carnivores. Yes, they can and have adapted to eating fruits, veggies, and grains; but their organs were still built for meat. And just like foxes, dogs do prefer meat when it’s available.

Is a Carnivore Diet Better for Dogs?

So, does this all mean that all dogs should eat meat and only meat? In other words, should we try to imitate the diet of the wolf, the dog’s closest cousin living in the wild? Well, that’s an entirely different question.

Saying that modern-day dogs should eat like wolves is comparable to saying that humans should eat like the Palaeolithic hunter-gatherers because that fits our physiological constitution better (i.e. a paleo diet). And there are different opinions on that matter.

Modern dogs have different lifestyles than those that lived many millennia ago. Just like humans, they are more sedentary, the environment they live in is very different, and they do live longer. So maybe they don’t need to eat exactly like wolves.

However, it’s undeniable that every dog will benefit from a protein-rich carnivore diet. Meat, organs, and bones are all great for dogs. But they can also benefit from extra nutrients and fibre an occasional veggie or grain can bring.

So once again, are dogs’ carnivores or omnivores? As you have seen, this is a complex question to answer, and it can be viewed from various angles. However, the arguments in favour of calling dogs carnivores seem to outweigh the other option. So, if you are having a discussion about this with someone - we say - the carnivore side wins.

However, this is mostly a matter of terminology. We can call dogs whichever name we like, but the truth remains: dogs were originally built to eat meat, but they have a long history of living with humans during which they have opted to eat other stuff too.